Origin of The Modern Chair

Lotus position is a crossed-legged sitting posture in which each foot is on the thigh of the opposite leg.  Simple sitting, cross-legged, half a lotus sitting, lotus sitting, king sitting, hero sitting, and auspicious sitting are other names for this posture.

In addition, Hinduism, Buddhism and Yoga also use this meditative seating. The lotus pose is called Padmasana.

Egypt may have invented the first four legged seats with a back between 2600-2700 B.C. These seats, reserved only for priests & royalty, were created with the most opulent materials available. Attached to each leg were feet illustrating hooves and claws of beasts made of ebony, carved ivory, wood and metal.

Chairs were objects of privilege in ancient Egypt.

Ancient Greek & Roman furniture turned up in the sixth or seventh century B.C. They made in lighter designs of distinguished maple, oak, and beech wood. More expensive designs for the rich could include stone and metal.

You first saw the word “throne” (thronos) being used in this period as immaculate seating for kings and monarchs of high honor.  For the upper class there was a less expensive seating called klismos.

There are many reasons the klismos chair was influential  and copied. Above all,  its unique curved backrest and legs design.  Precursor to the modern chair we see and use today.

However, it was the “backless stool” (diphroi / sella) that would appear in almost every Greek and Roman household during the seventh century B.C. 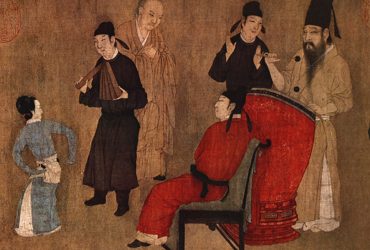 In the Han Chinese culture (618-907 AD) sitting on matts and floors in the seiza and lotus pose were the chief sitting positions.

There is evidence of people sitting in chairs from 6th century Buddhist murals.  However, it was not a common practice.

The “camp stool” was a milestone in chair(s) evolvement. Most importantly, its introduction caused 12th Century chair designs to become widespread in China.

This period between the 15th and 16th Centuries was the change from Middle Ages to Modernity.  Certainly, it marked the coming-of-age story of the chair.  No more were they considered a mark of high office or for those of privilege.  They came into general use in society and were available to anyone who could afford them.

New furniture designs and styles began to emerge. “Conversation chairs” were all wood, a lighter build and no panels under the seat or armrests.  These were popular up thru the Mid Seventeenth Century sporting no upholstery but,  leather, velvet and silk were used frequently on cushions.

Also, popular to lower classes was the x-shape or scissor folding chair. It’s frame resembled the letter “X” as viewed from the side or front. It was practical and affordable seating for the masses.

It’s important to note that Renaissance furniture had an architectural sense and was transformed by the Classical World. The degree of detail and ornamentation fluctuated among social classes, and just the wealthiest could manage the cost of the most intricate pieces.

Noteworthy of this period is the “bentwood” furniture process.  Its created by wetting wood (steaming or soaking ) then bending it to create shapes or patterns and left to harden.  Michael Thonet of Thonet Brothers Furniture makers invented this process in 1859.

The iconic No.14 Chair (aka the bistro chair) was a prime example of bentwood furniture.  Thonet Bros revolutionized furniture making forever with this creation and mass producing lightweight furniture.

Hope you have enjoyed our history of the chair trip. Fascinating! You just take seating and the chair for granted and never wonder how it came about.

Now, to answer the question, “How do Modern Chairs Mirror The Lotus Position?”

In previous centuries we saw wood (usually oak & maple) as the main element of design and construction of furniture.  20th Century technology provides new elements for chair construction such as metals, plastics, plywood and laminates.

This new technology would enable designers to use elements to create modernist furniture, architecture, art and better activities of everyday life. 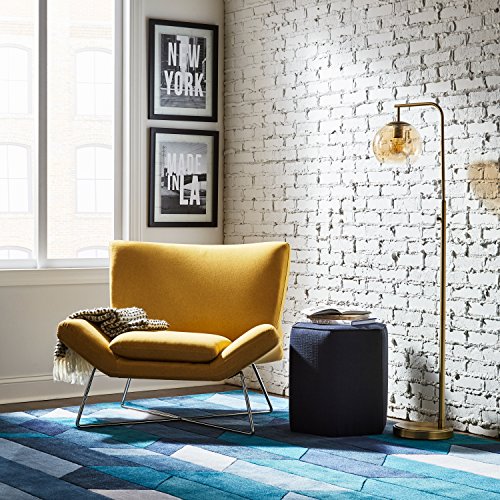 Of course chairs would benefit from this tremendously.  Iconic lotus type chairs would evolve ,as well as, folding metal chairs, butterfly chairs, beanbag chairs and egg or pod chairs. An explosion of creativity thru this movement called Mid Century Modern.

After research you may notice that “lotus” style chairs have a wide seat, low slung arms and many times oversized cushions that encourage lotus position or simple sitting. Interested in more lotus position? Below is a link to “Lotus Posture Start-Up Kit” and a video “How To Do Lotus Pose”

NEXT:  Look for future post on “Who Were The Designers of Lotus Chair”