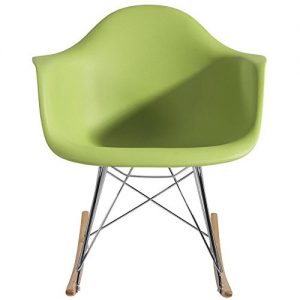 Some have an egg shape, some have a swan shape (keeping with mid century design’s affinity for forms in nature).

Some of The Eames Side Chairs designed for Herman Miller are most striking and recognizable examples of mid century modern chairs.

Some of the images are iconic and you may have seen them before.

Click for 16 Most Popular Mid Century Modern Chairs for a quick study:  1stdibs.com

Form follows function - that has been misunderstood. Form and function should be one, joined in a spiritual union.
Frank Lloyd Wright - American architect, interior designer, writer, and educator