This classic volume, now available at a lower price, showcases jet-set homes designed by the likes of Neutra, Frey, Lautner, and others. Palm Springs is famous as a mecca for the international jet set. But the city has also attracted its share of eccentrics and mavericks who have left an architectural legacy that remains unsurpassed for its originality and international influence. This book examines the impact that architects and designers have had on the desert oasis, primarily from the 1940s to the 1960s. Palm Springs Modern features examples of midcentury modernism at its most glamorous, some of them the residences of prominent figures who commissioned weekend getaways in the desert, including Frank Sinatra, Walter Annenberg, and Raymond Loewy. Adéle Cygelman’s insightful text, a foreword by architectural historian Joseph Rosa, contemporary color photography by David Glomb, and the celebrated archival black-and-white work of Julius Shulman all capture the distinctly modern allure of America’s famed desert playground. 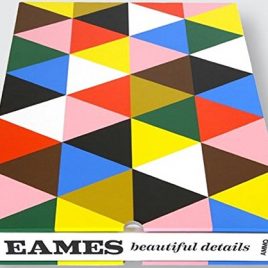 “Eames: Beautiful Details” celebrates the seamlessness and fluidity in which Charles and Ray Eames operated as both a husband and wife team and as designers unrestricted by traditionally professional boundaries. Select details of their life and work, from their refined … Continued 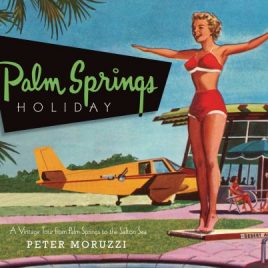 This is the story of Palm Springs in its golden years, a city that had it all, including marvelous midcentury Modern architecture, fabulous fly-in hotels, and a swinging nightlife. Through vintage photographs, postcards, and other ephemera, Palm Springs Holiday recalls … Continued 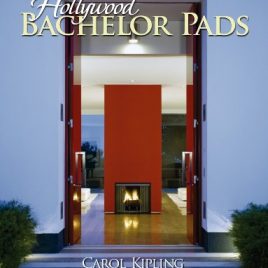 From living rooms with stripper poles to showers with commanding views of the city, Los Angeles’s wealthy bachelor rock stars, actors, producers, and financiers have established a slightly different and eclectically exciting bar for the designers who serve 26 of … Continued 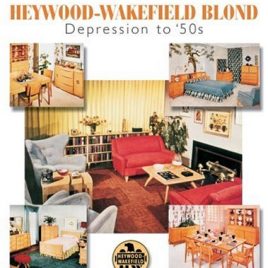 Combining stylish, contemporary looks with sturdy construction and ease of use, light-colored furniture produced by the Heywood-Wakefield Company from the 1930s to the 1950s was well received in its day and is wildly popular among vintage furniture enthusiasts now. Using … Continued